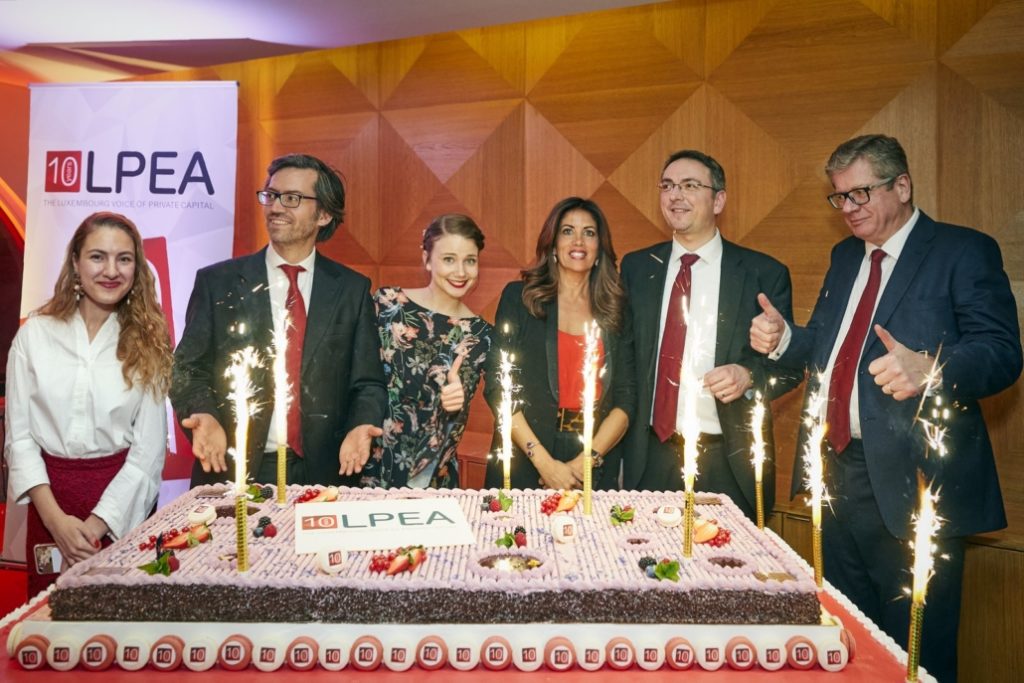 The Luxembourg Private Equity & Venture Capital Association (LPEA) is celebrating its 10th Anniversary throughout 2020. The kick-off of the celebrations took place on February 11th, during LPEA’s New Year Party, with H.E. Pierre Gramegna, Finance Minister, as VIP keynote speaker. LPEA also saw past and present Presidents share their views of the industry going forward. Guests included over 250 individuals representing many of LPEA’s member firms, and many important personalities from Luxembourg’s financial marketplace.

The 10th anniversary of the LPEA coincides with a period of significant growth for the association which in the last 12 months alone increased its membership base by 30% to almost 260 firms. This growth underpins how Luxembourg is gaining even more traction in attracting different types of investors, including PE funds but also Family Offices, private holdings and private banks who offer PE/VC access to their clients. More generally, this growth reflects the dynamics of the Private Equity and Venture Capital industry globally, which now exceeds $5 trillion in assets under management.

As one symbol of its 10th Anniversary, the LPEA acquired a piece of art from an established local artist, a sculpture which was unveiled to its members during the anniversary kick-off party in the presence of the artist, Jhemp Bastin. Bastin is known for his works with natural material, exclusively wood from Luxembourg forests, which contributes to supporting LPEA’s message for increased focus on Sustainability in Finance, in line with Luxembourg’s financial marketplace’s focus, and its long-term vision, in keeping with nature’s cycles.