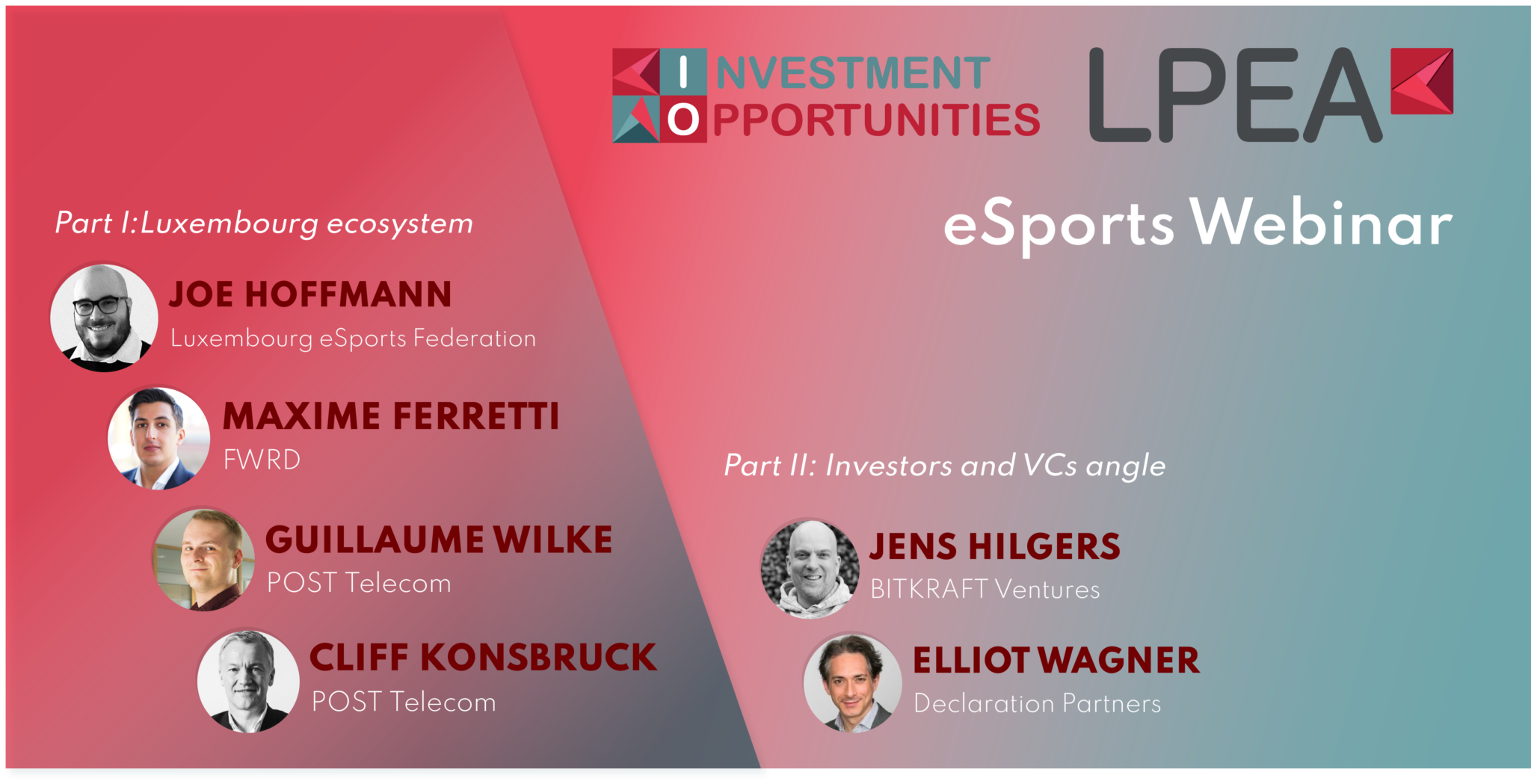 Webinar organised by the LPEA on eSports, gaming and the investment opportunities in this sector.

Joe Hoffman: Joe is the first elected President of the globally recognized Luxembourgish esports federation (LESF). He is an active supporter of the official recognition of esports as a fully-fledged sport. Since many years he is active in the international esports scene, in 2020 a group of local actors including Joe took the next logical step to develop esports inside Luxembourg and decided to found together the Luxembourgish Esports Federation. The aim of the Federation is to develop esports, to create the necessary structures and to bring esports on the agenda of both, the Luxembourgish government and the NOC.

Maxime Ferretti: Maxime is a representative of FWRD Agency, a Luxembourg-based consulting and marketing agency specialized in the creation of unique and innovative solutions around esports. He has more than 10 years of experience in consulting and the financial industry with backgrounds in private equity and real estate. Maxime holds degrees in economics and art history from Ludwig-Maximilians-University (LMU) in Munich. He is fluent in English, German, French and Luxembourgish.

Elliot Wagner: Elliot is a Partner and member of the private equity investment team at Declaration Partners. Prior to joining Declaration in 2019, Mr. Wagner spent over 18 years at The Carlyle Group where he was a Partner and Managing Director in Carlyle’s US buyout fund and a member of the consumer & retail team since 2009. Previously, he was a member of the aerospace, defense & government services team based in Washington, DC. Mr. Wagner began his career at Lehman Brothers as an Analyst in the mergers & acquisitions group. He attended Cornell University (BS, 1998). He currently serves as an Emeritus member on the Advisory Council of the Dyson School of Applied Economics and Management at Cornell University.

Cliff Konsbruck: A graduate of RWTH Aachen, Cliff Konsbruck started his career at Goodyear as an engineer. In 1999, he joined P&T Luxembourg (which became POST Luxembourg in 2013) were he has held the positions of Head of Internet Services, Head of Applications IP and, since September 2013, Head of Customer Services. In 2016, Cliff joined the management of POST Luxembourg as director of POST Telecom.