How technological revolution is impacting the Real Assets space 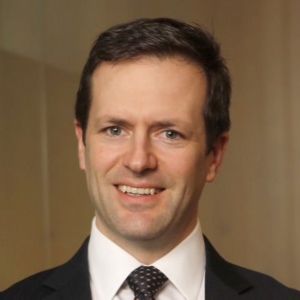 How technological revolution is impacting the Real Assets space

The model is broken, or at least breaking. The change in retail that happened when Amazon was born at the tail end of the internet revolution in the 1990´s is intensifying. The impact on retail Real Estate is clear. What is less clear is the impact this will have on other asset classes in the Alternative investment sphere.

Footfall in many of the world’s leading shopping Meccas are slowing and a greater proportion of trade is moving online. Real Estate developers are being forced to rethink traditional models in order to maintain asset value and are being forced to invest more capital in renovations and new attractions in order to make sure their asset remains relevant. The malaise has become pronounced in the US AND now seems to be moving to the UK, and on to Mainland Europe.

In the US, the home of the mall where, there is more than 5 times the amount of retailing space than in the UK (the European country with the most retail area per head of population) the pain is acute. Chains that were faltering even before the ascent of online retail, are now in even deeper trouble. Macy’s, a US department store, last year said it would close 100 of its 728 shops. It is expected that nearly 10,000 stores in America will close this year. By way of contrast, during the financial crisis the closure rate was running at 5,000 a year.

In the UK, the situation is similar, Debenhams, the department store, has published continued dismal trading figures, except for digital sales which rose. The John Lewis partnership, a doyen of the UK High street, and anchor of many a shopping centre, has reported a profit fall of 5%. John Lewis by itself makes an interesting case study for the change in retailing. Their latest online sales growth was especially strong at 17%, although sales in shops were down 1%. Online sales now represent 33% of the Partnerships total sales. Marks & Spencer another department store, continue to struggle. This change has not been limited to fashion retail but also to grocery retailing. In the UK 7.3% of grocery sales are done online. This is second only to the South Koreans. Walmart, the US supermarket operator, has beefed up its online operations to combat the threat of Amazon. Amazon themselves have recently acquired a US supermarket Whole Foods.

Some outliers do appear. Aldi and Lidl, German supermarket chains, and Primark, an all-conquering Irish discount clothes store, stick resolutely to their traditional sales model. Aldi and Lidl in the UK saw their share of groceries jump to 6.8%, from 6.2% just a year ago; and from 4.6% to 5.2%, respectively. In Germany, Aldi´s market share has reached 12.9%, and Lidl’s stands at 8.9%. Primark remains a success story in each new country it enters. Its lack of online offer is due to the fact that the clothes are so cheap and disposable that they are not worth the reduced margin to sell online. Indeed one of the baleful effects of online retailing, is that to compete with Amazon, whose margins are on average less than 1%, everyone’s margins must suffer.

For the consumer, there has never been more choice of how to buy. Consumers have options to choose from all over the world. What was once a market limited by geography, a world of choice has now been ushered-in. Closed markets have been opened to the full force of international choice from the likes of JD.com and Alibaba in China and from Amazon in the United States.

The effect on retail centres is clear, however for every yin, there must be a yang. Demand for warehousing is rising fast. Some estimates place the required new amount of warehouses over the next 20 years at 2 Billion square metres. However to swap a warehouse for a shopping centre is generally very difficult if not impossible. Warehouses are located in out of the way land close to transport hubs and away from dense pockets of habitation. Shopping centres by their very nature are located in busy areas. The general value per square metre of a shopping centre location will be 4 to 5 times that of a warehouse. An investor will in all likelihood be nursing large losses if this switch takes place.

Warehouses themselves are now changing. They are now taller than before and many are now moving from the giant warehouse model to smaller intermediate warehouses close to urban centres, available for quick resupply and delivery.

In much of the developed world retail rents are declining. The stock price of Simons Property Group, the largest shopping centre operator/developer in the USA, has declined 18.56% since November 2016 and has underperformed the S&P500 by 35.26% during this period. On the other hand, some operators have stemmed the tide by moving upmarket. Hammerson the UK shopping centre focussed REIT who have made a conscious decision to dispose of smaller less attractive centres over the last number of years, has seen growth of footfall of 2% and sales growth in the region of 10%.

What is clear is that a lot of shopping centres will either have to reposition themselves or downsize. However, a shopping centre without its anchor, the department store, will inevitably remain a bit player and a difficult asset to manage.

The remorseless effects of the internet are intensifying. The network effects that are visible in the growth of Facebook, Twitter and Google are also apparent in the retail world. This is where Amazon and Alibaba using their unquestioned scale move into new markets from cloud computing power, payment services and much more using their scale and data to attract yet more shoppers and to nudge their habits in the direction of more online consumption. This applies to every industry and Investment Committees at many PE houses now require that the proposed portfolio purchase be assessed against possible technological disruption. For now internet disruption is only starting. In the US, online retail accounts for 10% of the overall market, but is growing at 20% per annum. While the increased online presence will not change every industry its increased presence means that established models will be upended.

The impact that this will have on the fund industry is unclear. What is clear is that the tentacles of technological change reach deep into the spheres of Real Estate, Private Equity and Debt. According to the Economist the total amount of capital supporting American retailing (excluding Amazon) now exceeds $2.5trn. According to Cushman & Wakefield, retailing accounts for 31% of all commercial property. No comprehensive figures exist for debt exposure to retail. Bank of America however discloses its exposure to retailing: about $50bn, over 20% of its core capital. Numerous PE houses are heavily invested in retail debt, and are also owners of retail chains.

The new order requires a different model of asset allocation from that of the past. For Real Estate Developers, there is a continued flight to quality and that in order for retail to work, they must use a multi-use, multi concept variety. Food courts integrated into shopping areas, mixed with residential uses in the vicinity, combined with cinemas and other leisure uses are becoming increasingly popular. Strip malls and out of the way retail locations with no leisure uses will become increasingly neglected and difficult to let. For PE executives in order to save retail chains hard choices will have to be made. This choice will be akin to the choice facing doctors in times past, how much of the gangrenous limb to cut in order to save the whole. The challenge facing financiers is even more stark, a small change in sales momentum on a leveraged deal will lead to significant losses.

The change being wrought by the technological revolution is impacting on all industries. In Real Estate the impact is being felt in each asset class. The impact in Private Equity will be felt in those funds most exposed to retail, Real Estate and Retail debt. The impact on the finance industry is impossible to quantify but will certainly contain those with direct exposure to retailers and to retail associated debt. The conclusions are still unclear and likely to remain so but the defining feature of Globalisation and to a lesser extent heighted technological change has been that the winners get stronger and the network effects accumulate. The popularity of each asset class to investors has depended on the age old maxim of location, location, location. For the prospective Alternative asset investor, never has this saying been more appropriate.